One of the biggest factors people consider when buying a scooter is the top speed. It's not surprising to know that 125cc scooters are faster than 50cc, but the difference in top speed is more than you might think. While top speed is an important factor, Before deciding which engine size to choose, it's worth figuring out what you'll be using your scooter for. If you want an economical scooter for city driving, invest in a 50cc. It'll do the job you need, and you'll save loads of money on fuel and insurance. However, if you plan to do longer journeys, or travel on bigger roads, invest in a 125cc for the extra speed and power. 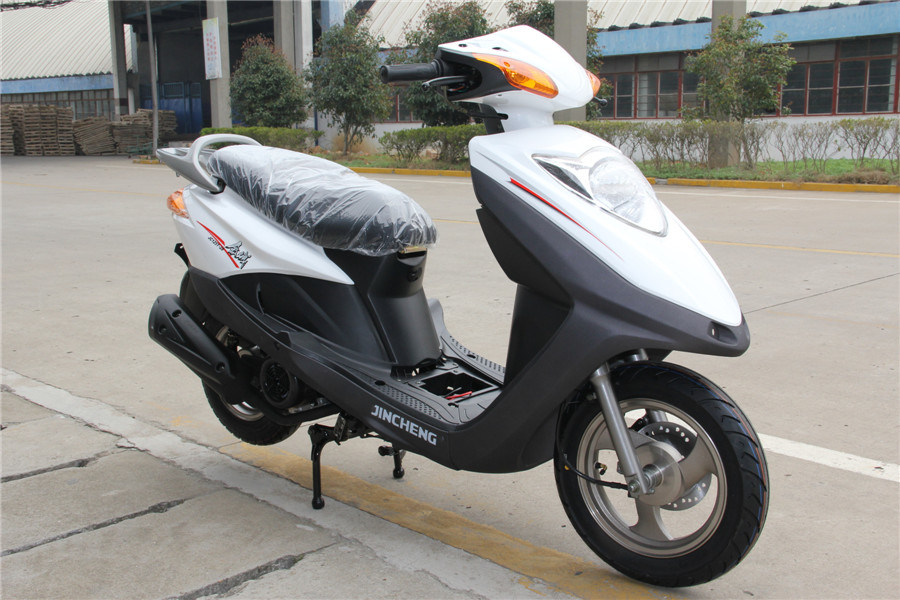 These are the least powerful scooters on the market, but there are still some benefits to choosing a 50cc scooter. The top speed of a 50cc is 30mph, which doesn't seem much but is fine for small trips and just getting around town. If you live in a densely populated city, such as London, it's unlikely you'll be able to go faster than 30mph anyway. 50cc scooters are the only vehicles you can use before you turn 17, but the low speed and high fuel economy make them a great choice for gaining experience on the road.

50cc scooters can also be de-restricted. You're not allowed to do this until you turn 17 however, as this will increase the power over the limit for 16 year olds. De-restriction is very easy, and can be done by most mechanics for a very low cost. It isn't going to turn your scooter into a superbike though, it only adds about 10mph onto your top speed. This isn't a massive increase, but adding another 25% to your top speed will be enough of a difference for some people.

The extra 75cc really does make a difference to your top speed. Both 125cc scooters and motorbikes max out at 60mph, which is double the top speed of a 50cc. This makes them a much more suitable choice if you plan to do longer journeys, or are travelling on A roads. Whereas a 50cc makes a good choice for city riding, 125cc scooters are better for suburban/country riding.

You can't ride a 125cc until you turn 17, but can still ride them without a full licence. It might not be the best idea to go straight to a 125cc without practicing on a 50cc, mainly because the extra speed can be daunting, as can the more complex gear systems. Once you're confident with the extra speed though, 125cc scooters and motorbikes make a great transition vehicle for moving on to full motorbikes.