Chongqing is one of the leading automotive centres in the world and in terms of motorcycle and parts manufacture is unsurpassed producing roughly 12 million motorcycles a year.

Motorcycle production first began in China in 1951 when the People's Liberation Army began producing a 500cc motorcycle for military service and it on this theme that motorcycles continued to be produced until 1981 when military equipment factory Jialing in Chongqing (which had been producing arms for the military since 1875) was commissioned to produce civilian motorcycles (much like BSA). Although there are other huge motorcycles centres in China (Zhejiang and Guangdong primarily) their motorcycle companies are spread out over an area the size of a small country as opposed to Chongqing’s motorcycle companies which are all within a 10 dollar taxi fair from the centre of town. Also, Chongqing is the main production hub for exported motorcycles.

So far, there are 133 motorcycle manufacturers in Chongqing. Along with the countless motorcycle parts factories it is estimated that the automotive industry employs over 400 thousand workers; a significant percentage of the Chongqing workforce. 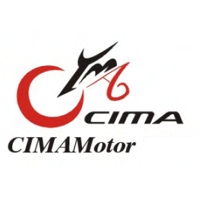 Chongqing is also the host of the Chinese national/ international level motorcycle trade exhibition, the China International Motorcycle Trade Exhibition (CIMAmotor expo). Since 2003 (when it started out as a local Chongqing motorcycle expo) the CIMAmotor expo has turned in to the biggest commuter motorcycle trade exhibition in the world. Each year more than 103000 people (including 32000 traders) view over 450 exhibition stands (90 motorcycle companies and 360 parts and accessory companies) displaying more than 1000 motorcycle models and too many spare parts and accessories to count. CIMA represents 80% of the Chinese motorcycle industry including all of the top 50 factories with many companies choosing CIMA to launch their new products (112 new models were displayed in 2011); the expo generates over 100 million RMB on site.